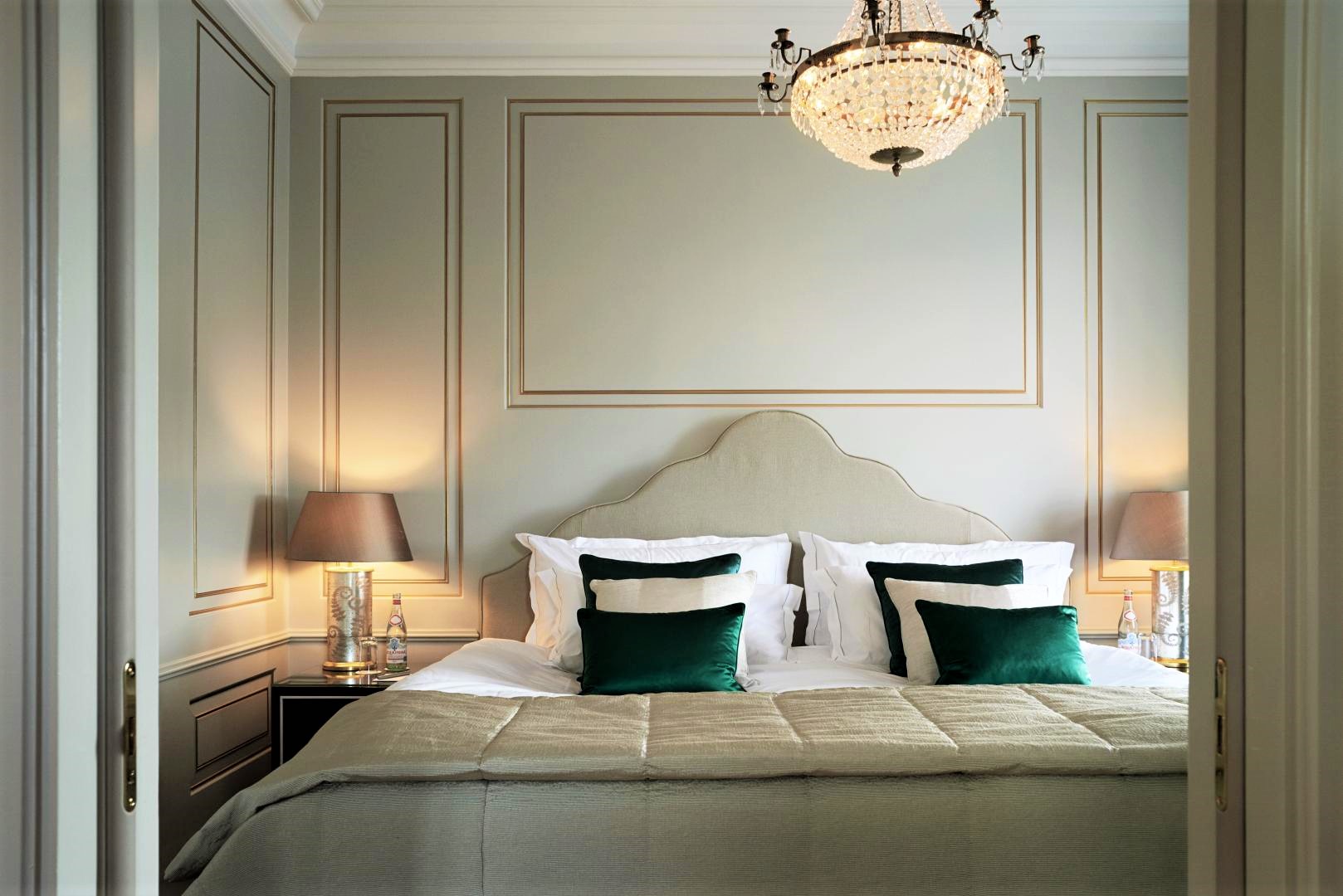 Grand Hotel is the important part of Stockholm’s history and a first five-star hotel in Sweden. Situated just outside the Royal Palace, from its very beginning it attracted guests from the upper classes of society. The highest level of service,  its classically styled rooms equipped with latest technologies – all of this makes Grand Hotel the symbol of the luxury trips to Stockholm.

The hotel has 300 rooms, including 31 suites with the view over the Royal Palace. The best restaurants and bars in the city – Mathias Dahlgren, Verandan and Cadierbaren. And an exclusive spa and a fitness center – Nordic Spa & Fitness. 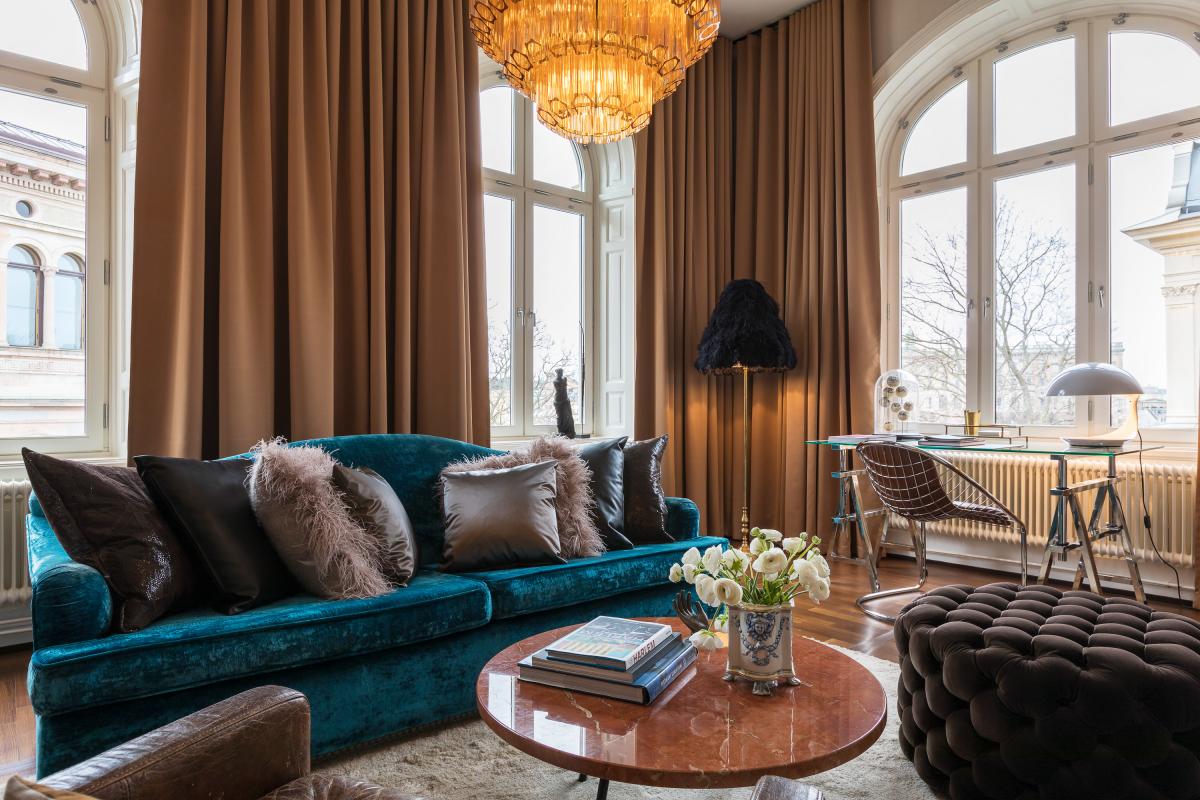 It is a very stylish boutique hotel, located at the heart of the city – the Stockholms Old Town and the Royal Palace. This hotel will definitely impress you! Its individually decorated exquisite rooms, high windows, collection of paintings and many cozy places to read provide you with the feeling of a luxurious private residence. The hotel is decorated in the classic style with a relaxed, but at the same time elegant, atmosphere. Opened in 2008, it quickly gained an impecable reputation.

The hotel has 46 spacious rooms with king size beds. At the hotel restaurant you can order dishes of Scandinavian, French and American cuisines. 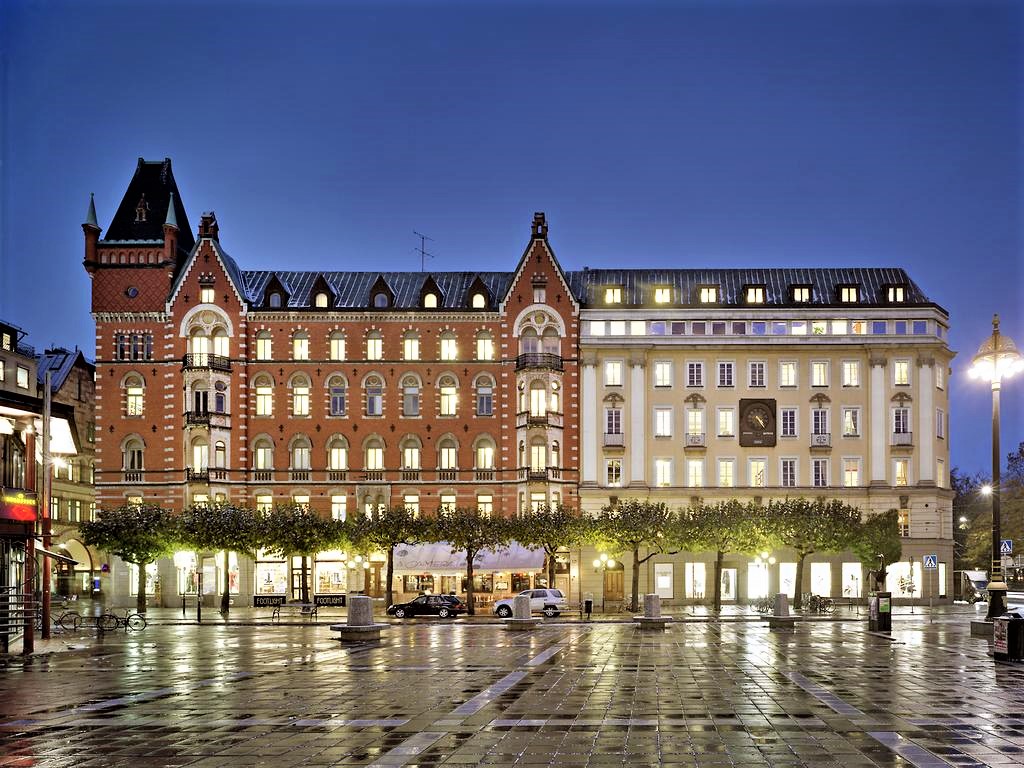 Hotel Nobis is situated in the city center in the main shopping district of Stockholm, the Norrmalmstorg square. It occupies two elegant 19th century buildings. For its design, the hotel combined some latest elements of the Scandinavian design with the classical elements of the buildings. Rooms has modern comfortable  furnishing in dark nyanses. It is very easy to reach the heart of Stockholm – the Old town, as well as many shops and restaurants. Right in front of the hotel there is a pier.

Hotel offers 201 rooms, including elegant suites with the city view. At the restaurant Caina you can order dishes of French cuisine based on  the fresh seasonal produce.
For business meetings and conferences the hotel can offer  a variety of meeting rooms and conference halls that can accomodate from 4 to 30 pers. 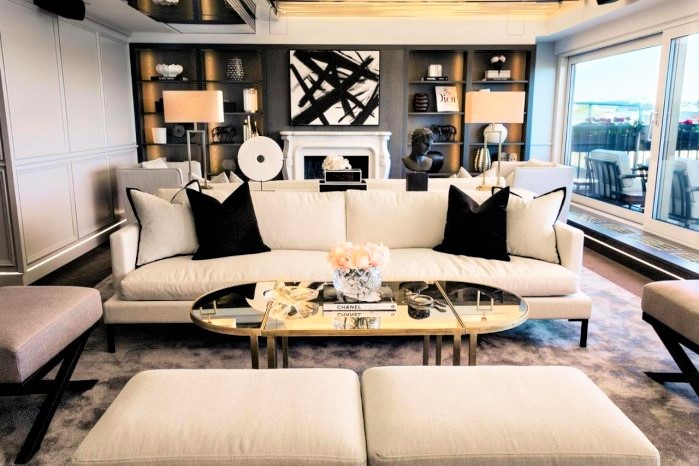 Hotel Bank is located in a beautiful old building from 1910, which used to be a bank office. It is one of the best boutique hotels in Stockholm and part of the Small Luxury Hotels of the World.

There are 115 rooms with exquisite interiors at the hotel, 6 of them are luxurious suites, some with terraces or balconies with stunning views of the city.

The hotel has three bars (one of them on the top floor) with the best cocktails in town and restaurant a Bonnie’s with European cuisine. 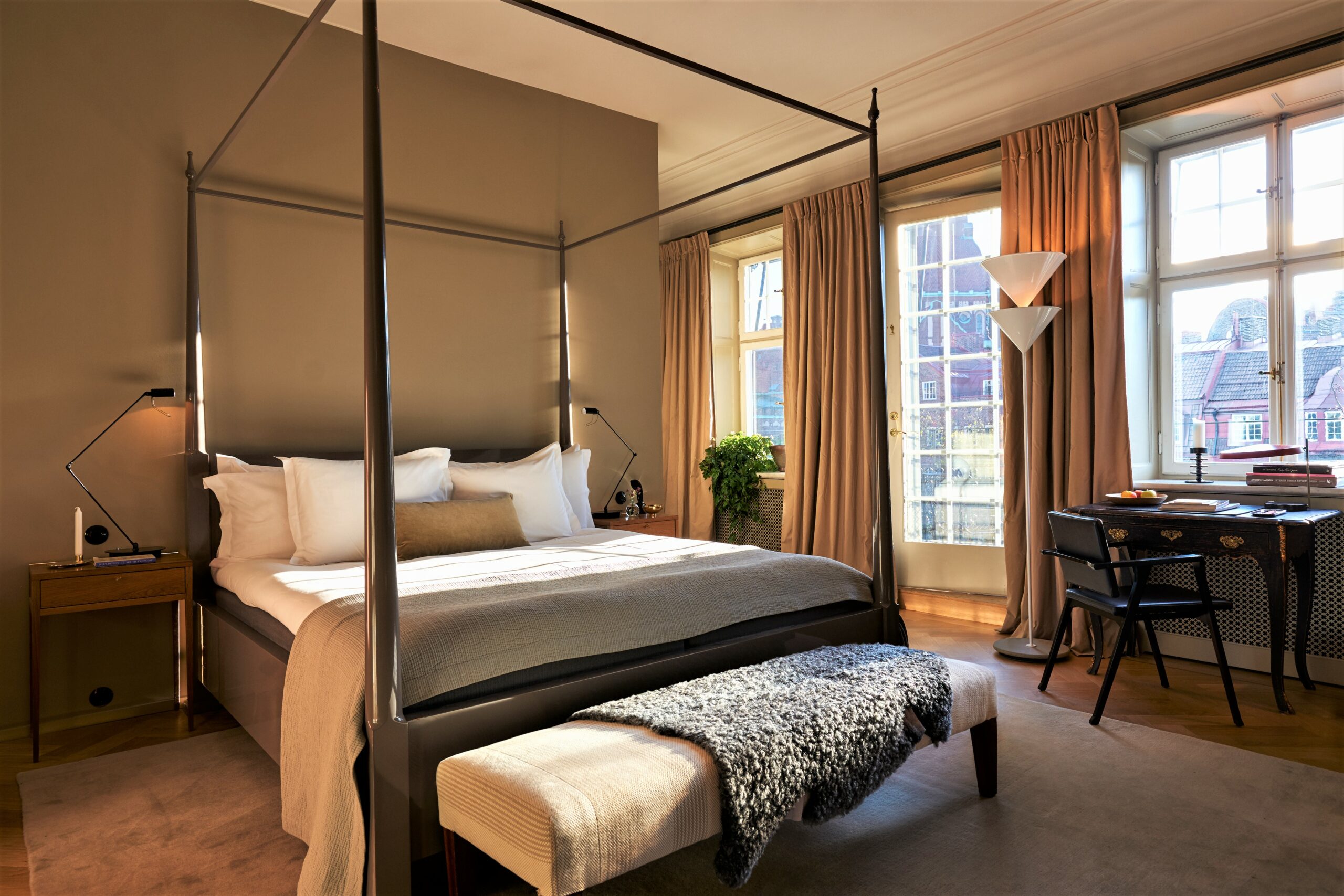 This hotel occupies a 20th century mansion with  its own garden. It’s totally different from the classical hotels you used to stay at. Its created for those who like to feel themselves like home when traveling. Here you find a more informal atmosphere. The rooms are individually decorated with a great attention to the details. There is a sauna and a Turkish hammam available for the guests.  The staff is extremely helpful.

Every morning a new menu is being created for the hotel based on seasonal ingredients under the guidance of the very talented chef Leo. You can always order  your breakfast, lunch and dinner at the hotel. Guests can even choose where they would like to have their meals – the cozy kitchen, a more formal atmosphere of the library, the greenhouse or the garden.

Hotel Ett Hem can also offer organization of different formal meetings or more casual events. There is a possibility of arranging business meetings for 2 to 18 pers. There is also a possibility to organize a dinner or a party for 50-100 people. You can also book the whole hotel for your event.

Hotel Raddison Blu Strand is situated on the picturesque strand of Nybrokajen bay with the view over the Royal Drama Theater. In a walking distance from the hotel there are Old Town, the National museum and the shopping area Stureplan.

Hotel was opened in 1912 and successfully integrates in its interior both classical and modern décor. Hotel has 152 rooms, including 10 business class rooms and 11 suites, most of which has the bay view. In the restaurant of the hotel you can order dishes of Swedish and European cuisines.

For business meetings and conferences the hotel can offer 8 meeting rooms and conference halls with the capacity of 4 to 110 people. The hotel restaurant offers a possibility to organize business dinner or big gala for 100 people. 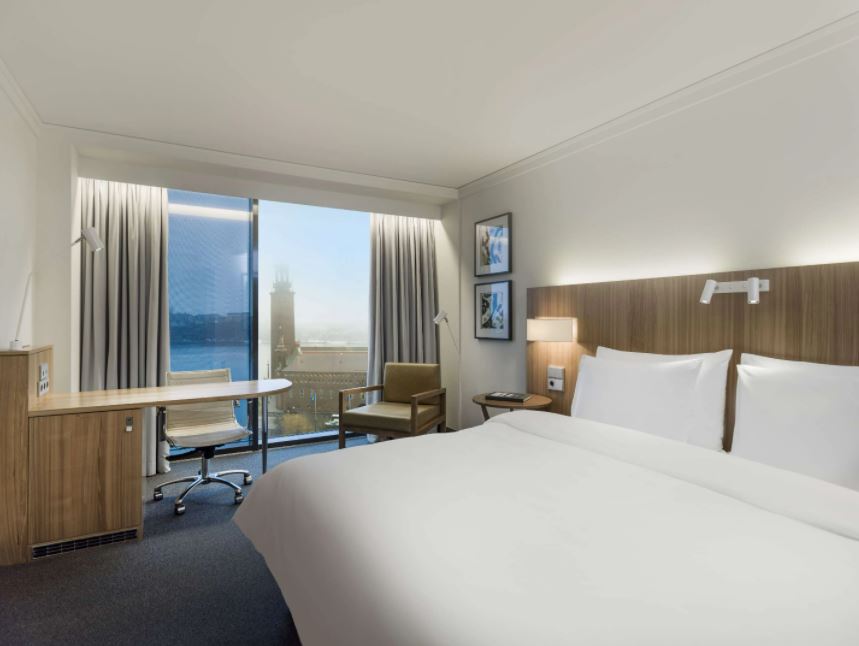 Hotel Radisson Blu Waterfront is located in the city center close to Waterfront Business Center and the Central station. In a walking distance from the hotel you can find the Town Hall, the Old Town and shopping malls.

Hotel has 414 rooms, including the business class ones and suites with nice view over the Old town or the Town Hall. The hotel restaurant serves dishes of European cuisine.

This hotel is perfectly suited for conferences of different sizes. Since it is situated right by the Waterfront Business center, it can offer more than 20different conference halls, that can accomodate up to 3000 people.

Elite Stockholm Plaza Hotel is situated in the classical 19th century building, in the famous Östermalm part of the city. There is a park right outside, and there are a lot of shops and restaurants in the area. The Old town and some of the attractions are in the walking distance from the hotel, and there is a subway station nearby.

The hotel offers modern rooms varying from standard to suites. There is a restaurant in the hotel – Vassa Eggen Restaurant, which serves European and Asian dishes.

For business meetings the hotel can offer venues for 15 up to 50 people.

Thank you. Your request have been sent. We will contact you as soon as possible.
This site uses cookies, if you continue to use this site, you agree to the use of cookies. Ok